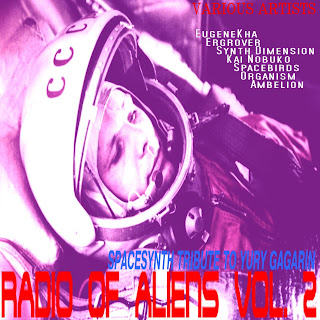 ERGROVER (Ukraine)
Real name: Vsevolod Ustyugov
My name is Vsevolod Ustyugov / My space music project ERGROVER - style / UFO Synth / was founded on the alloys in musical styles, such as the sound space and Spacesynth .. as well as pop-trance ... and displays my synthesis and experimental ideas in this area .. I hope you like it! My project Ergrover was founded in 2009 .. I've been wanting to do something very similar to the traditional sound of space .. So, of course, more common Exsperimental sounds in my songs .. I hope that my fans sound .. Of course, the effect of 80 and 90, you can hear in my songs, and the effect of Koto and Laserdance of course, created its mark on my musical development .. So I decided a long time ago and would like to continue to seek new motion .. Thanks to everyone who listens to me ... The great success .

EUGENEKHA (Russia)
Real name: Evgenij V. Kharitonov
Poet and Musician, Writer, Sound and visual artist. Was born in 1969 in Moscow. Has got philological education, the author of numerous literary publications and many books, works in journalism. The publisher and the editor of magazine of literary and art avant-guard "Drugoe Polusharie/Another Hemisphere", audio-magazine of sound poetry and audio art "ARTronic Poetry", the curator of Festival of experimental art "Lapa Azora".
In music is engaged from the middle 1980. In first half 80 was DJ and the dancer in the Moscow Disko-theatre "Columb", since 1987 played different rock groups as the guitarist, the vocalist and the author of songs (bands: "The We",Kharitonov's Fuck Orchestra, Khram Snov). In the late nineties seriously was engaged sound poetry and audio-art. Acts with performances, has let out many audio-albums as sound poet, it was published in sound poetry magazines. The participant of many vanguard festivals and live performances.
In 2000 has taken a great interest in electronic music, without adhering to any one direction. Basic: EugeneKha (Various ambience music and intelligent electronic) and Evgenij V. Kharitonov (Sound art, soundscape, sound poetry, avant-garde sound).

ORGANISM (Belarus)
Real name: Pavel Rassolko
My name is Paul. Was born in Minsk (Belarus) on May, 2 1976. Has organized in 2002 the solo project "Organism", with use of synthesizers and a computer. Year began to work above other solo project - "mikra" later. It more experimental. Sometimes I act on local radio stations, sometimes in clubs. Own music one ten hours has collected not. My works for the present were not issued anywhere.

SYNTH-DIMENSION (Russia)
Real name: Ruslan Bozhok
Synth-Dimension is creating music in instrumental electronica genre which combines the classic electronic sound of the 80-ties with the modern technology of sound. Synth Dimension is influenced by synthpop, italo disco, and spacesynth genres but at the same time is noted to be a lot more melodic.
The leader of the project is Ruslan Bozhok, a professional composer and producer from Moscow, Russia.
In the music that I create for Synth-Dimension project, I experiment more with the musical form and new sounds, and also to keep an eye on the melody and harmonies. Sometimes the inspiration for the music comes from a rhythm, and sometimes from a sound. It also happens that I have an image in my mind which is best described in music. In general, I think that the main thing is not the rhythm and not even the sounds, the main thing is the image! If the music does not have the image that is thoroughly “felt” and defined by the author, the listeners will not be able to relate to it.

Copyright [c] 2012, Released a Creative Commons License For Free Non-Commercial Use As Long As Certain Condition Are met 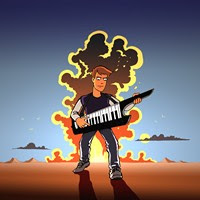